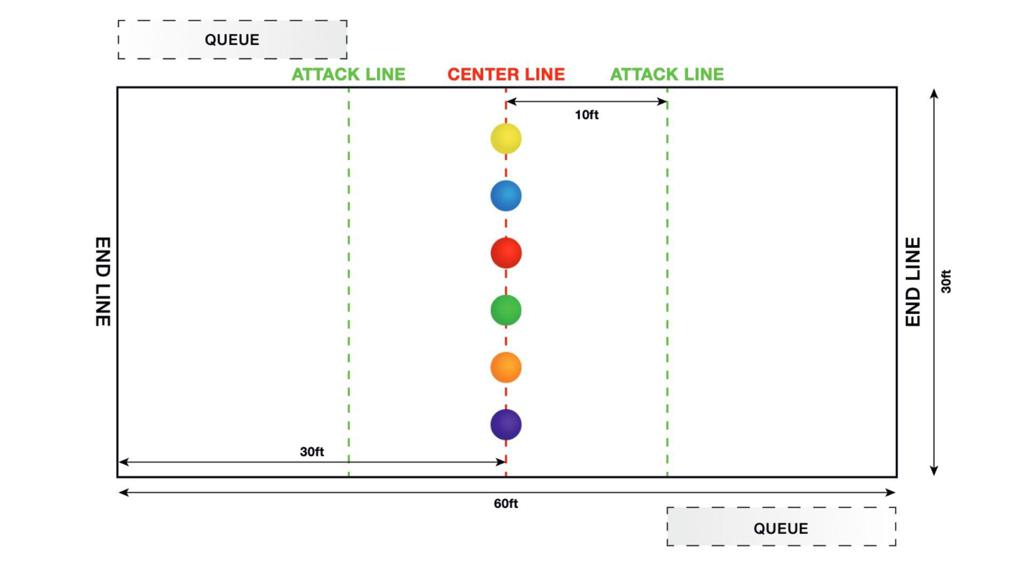 Substitutions must be made prior to the start of the game. No substitutions can be made during a game, except in cases of injury.

Retrievers are individuals designated to retrieve balls that go out of play. There will be 2 retrievers per team and will be players from a different team to eliminate cheating.

A regulation match consists of 5 games and will last 5 minutes each.

A game played until all opponents on one side have been eliminated. The first team to eliminate all its opponents is declared the winner.

A game played until pre-determined time limit expires or all opponents are eliminated on one side. If time expires, all remaining players are counted. The team with most players remaining wins the game.

Play begins with all players positioned behind their team's end line.

Putting a Ball in Play

There are several ways to put a ball into play following a Rush.

There are no team time outs

Out of Bounds Rule

An airborne attack, where an attacking player may legally cross the neutral zone to hit an opponent but the ball must leave the attacker's hand before any part of the attacker's body touches the opponent's territory. Once the thrower lands out of their territory they are out.

Returning to the Game