If you wish to use substitutions during your match you have two options:

Fig 1. Buddy system of substitution. You may have as many or few pairs of Buddies as possible, but there are only two people involved in each pair of Buddies. 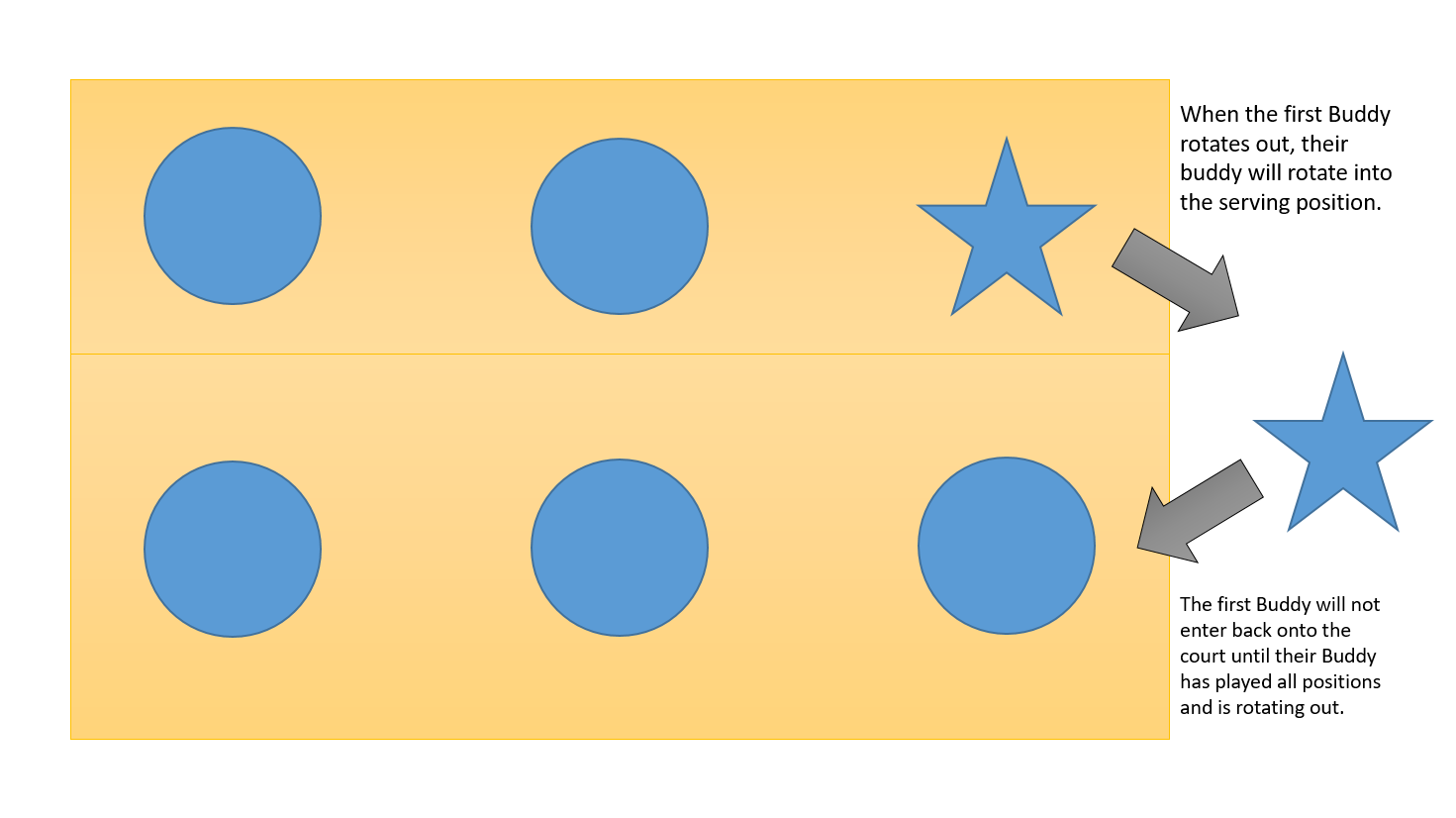